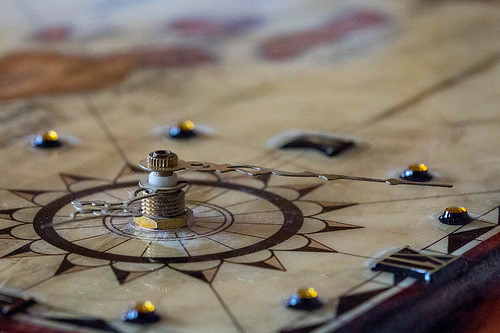 Crowdfunding is increasingly used for market-research – not just funding, but also for marketing and market research. A recent example is C.H.Wolf (Glashütte), which is raising growth funds on the German Equity Crowdfunding Platform Bergfuerst. The campaign has attracted about 200.000 Euros of its 500.000 Euro goal.

C.H.Wolf is an usual company. It can reference a history of 170 years, but has been refounded only last year. Its owners are not Berlin-type Startup people but rather settled Mittelständler – medium-sized companies which often export their hiqh-quality products, but are not often on the mind of a typical startup journalist.

Interestingly, the campaign not only serves raising the funds, but also tries to achieve a number of marketing goals. The background of the company, well-know East German watchmaker town Glashütte, is displayed favorably, recent products such as the „Special Bootsmann“ (a high-end watch for Yacht Owners) is presented as well. Some form of preselling is also evident – for every 7.000 Euros invested, investors can buy a Special Edition Watch for 2000 Euros.

C.H.Wolf is only a recent example of watches being funded on Crowdfunding platforms. In the last 4 years, a number of new smart watches (Wearables) have been funded on Kickstarter and Indiegogo. Their functionality have pre-shadowed the functions of the AppleWatch and sometimes even surpassed the innnovativeness of the AppleWatch.

However, reward-based campaigns offer a number of more options in market research. First of all, the various levels of rewards (or perks) can help to gauge how much people would be willing to pay for a certain product. Limiting certain perks can create a sense of urgency, causing people to pre-buy the watch just based on a fancy video.

The different reward-levels can also be used for bundling – for instance it would be possible to create a bundle of a high-end product and a low-end product and see whether people are willing to buy the bundles. It can also be used for attracting reseller by allowing bundles of 10 or more products sold at a reseller-discount. The most important aspect will be the press activities surrounding a campaign – if well managed, then a Crowdfunding Campaign can create millions of dollars worth of press coverage.

Besides Bergfürst, other platforms such as Bankless24 and DUB have emerged which cater specifically to the needs of clients. With Zencap, the first Mittelstand Lending Facility is also active in the market. It will be interesting to see the development in the next couple of years.

Case Studies – How Wearables have used Reward-Based Crowdfunding from echologist