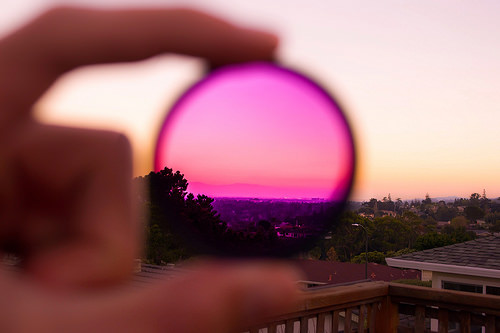 Crowdfunding is defined as an open-call for funding projects, often on internet-platforms, often through a group of people with a common purpose. The most commonly used Crowdfunding taxonomy distinguishes between four types of Crowdfunding:

Crowdfunding platforms intermediate an exchange between a supporter and a project. The return received by the supporter is often personalized. The underlying idea is that a supporter receives some rare, exclusive opportunity to obtain a benefit, which in turn provides him with an incentive to support the project during the campaign, and not wait until the campaign is over and the product market-ready.

For instance, a supporter might receive a tech gadget which has not been produced yet, he pays an early-bird price, the platform puts the money into an escrow account, after the end of the campaign, the project receives the money and starts the production. The supporter carries the risk of losing the money if some production problems occur, but at the same time he is part of a special community of first movers.

For practical and theoretical purposes, it is essential to understand the motives of supporters in a Crowdfunding campaign. Rational-choice theorist might point to the value of being a first mover, of obtaining a product or service before anybody else, of being part of early-stage investors with higher chances for profits. All of these benefits might be greater than the potential risk of losing money (or the real loss of interest if the money would have been used for other purposes, for instances in risk-free).

There is, however, a conundrum: how would rational choice theory explain if someone supports a campaign where he or she does not receive any tangible benefits exclusively for him- or herself? In donation-based Crowdfunding, altruistic motives are often assumed on the side of the supporter. The supporter gives money in order to facilitate a project of civic value: he or she donates to a non-profit organisation which generates some form of common good.

The supporter is thus part of a community of enablers, which goes beyond the advantages of first movers. The supporters derive some value from joining campaigns of which they don’t receive special exclusive benefits, but the benefit is generated for society as a whole.

One might argue that the supporters fund projects where they feel that their money bridges a finance gap, where private sponsorship enables causes which are not adequately funded. Interestingly, also causes are funded on platforms where adequate funding should be available – through tax money. In the Netherlands, the bridge Luchtensingel was funded through an external website, thus prompting the question why the city government did not pay for the bridge through its own budget.

I define “Civic Crowdfunding” as the subset of Crowdfunding campaigns which aim to finance a civic cause. A civic cause is a cause which improves public infrastructure – this can be means of public transport, public institutions, public events. The dominant feature of a public infrastructure is that it is impossible to exclude anyone from using it. In this case Civic Crowdfunding is generating benefits where it is impossible to exclude a non-supporter from benefitting from the cause.

The bridge Luchtensingel is a prime example: the supporters of the project cannot exclude non-supporters in using the bridge for free. They have no right and no means to make non-supporters pay for the use of the bridge through tolls or taxes – and they have no incentive to do so. They have funded a bridge which could have been financed by tax money as well, thus indirectly making everybody pay for it, but they have chosen not to. The infrastructure generates public benefits and the supporters have chosen to generate the public benefits by becoming part of a community of enablers.