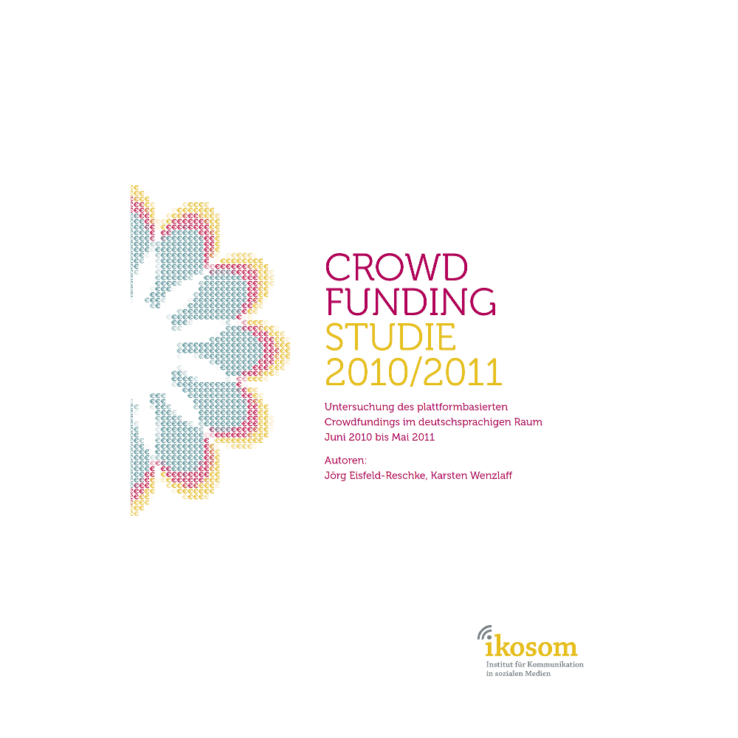 ikosom – the Institute for Communication in Social Media – has published its results of the first survey on Crowdfunding on German-speaking platforms. The results were published just two days ahead of the Crowdconvention, a crowdsourcing conference hosted by the Clickworker in Berlin. The survey in German can be ordered from ikosom. 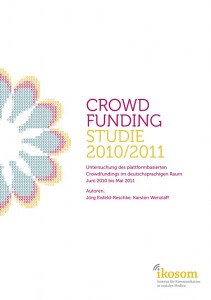 No one will disagree: the popularity of crowdfunding has increased tremendously. A large number of articles in the press, of newly-initiated projects and newly-launched platforms bear witness to this phenomenon. At the moment, there are several dozen crowdfunding platforms worldwide, in German-speaking countries at least six platforms have been launched since the summer fo 2010.

The survey is the first to analyse Crowdfunding in Germany and was developed in close cooperation with the german-speaking platforms. The survey focuses on those platforms which have used the popular Kickstarter- and Indiegogo-modell of Crowdfunding for the German market. In order to be able to compare the projects, we have omitted those crowdfunding projects which were funded outside of platforms.

The survey has two parts:

Summary of the Data Analysis

The projects which have responded to the questionnaire have similar characteristics than the total group, therefore it can be safely assumed that their responses are representative for the crowdfunding projects. Both financially sucessful und unsuccesful projects participated in the survey.

The complete survey with more results and detailed background information can be ordered from ikosom.